18-Year-Old With Dominican Links Is Dead After Being Shot 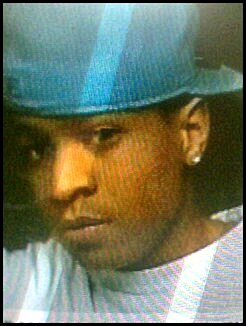 A Hamilton teenager is dead after he was shot in the head at a house party by a man who didn’t like the music that was playing.

Brandon Musgrave, 18, died after he was taken off life support yesterday. His parents donated the organs of the Sherwood Secondary graduate. (his father is from Marigot)

Musgrave was one of three bystanders shot at a crowded student housing unit on Dundurn Street across from Fortinos at a party advertised on Facebook.

The two other victims, both men between 18 and 21, have been treated and  released from hospital.

Police say none of them knew the suspects.

Police are still on the hunt for two men, described as black, 5-foot-8 to 5-foot-9 and in their early 20s. One wears his hair in corn rows.

Homicide Staff Sergeant Ian Matthews said this morning the gunfire broke out after a “stupid” argument. He would not confirm the dispute involved the music being played.

“The events were very disturbing,” said Mqatthews. “Young Musgrave lost his life. He was a good kid and his family is well known in the city.”

Matthews said   the community is co-operating and police are “very confident we will have arrests very soon.”

“We have numerous officers working on this.”

Matthews noted police often encounter reluctant witnesses at a crime scene “but this is not happening in this case.

“We have excellent co-operation from the people at the party. We have a lot of witness input.”

Matthews said detectives do not believe the two suspects are students or if they had been invited to the party.

The triple shooting happened at about 1:30 a.m. Saturday when 40 or 50 students gathered to celebrate the first night of March break for high school students.

Matthews said the partygoers were gathered in a large common room on the first floor of the two-storey. rental unit. That is where the shootings took place, he said

Police say the two suspects weren’t known to most of the partygoers and weren’t connected to the students.

The party had been advertised on Facebook and other social media. Eyewitnesses said the suspects were acting strange and combative that night.

One partygoer said earlier in the evening, a suspect asked to make out with her in the bathroom with him.

When she refused, she said he grabbed her wrist and became “really aggressive.”

The violence began when one of the suspects grew agitated over the R & B and rap music playing.

“He wanted to play songs from his iPod. He just kept bragging, ‘I could end this party right now,'” said Wesley Adi, a former Columbia College student who came to visit his friends for the weekend.

Adi said he and some other partygoers tried to calm the suspect down when the man pulled a handgun out of the front of his pants. A second suspect also produced a gun from behind his back.

“(They) just starting shooting at innocent people,” Adi said. “They shot at me twice, but they didn’t get to me though. I was just lucky.”

A third eyewitness, who was in the kitchen chatting with her friend just before the gunfire, said everyone at the party crouched down when the shooting started. She thought the suspects had fired into the ceiling “just to scare us” until she stood up.

“I realized that one guy was still down, and I thought he was joking because I didn’t see any blood. And then someone removed his hat and we saw the blood everywhere,” said the teenager, who didn’t want to be identified. “The next thing I know there’s cops, the road’s blocked off.”

Adi said he ran out of the house after he heard the shots. However, since he matched the description of the suspects, police picked him up and brought him in for questioning. He was released around 7 a.m. Saturday morning.

He believes his faith helped keep him safe.

“It’s God. It’s not luck. It’s just Jesus Christ who saved me. I wouldn’t dodge a bullet on a normal day.”

Police were on scene investigating the Dundurn student home for most of Saturday. The front porch and hallway were spattered with drops of blood, and the door was propped open with a tin pail full of empty alcohol bottles, pop cans, and cigarette cartons.

Mauro Comitale, the property manager of the Dundurn student housing, said all 10 rooms of the unit were occupied by male students. They all attend Columbia College, a private boarding school that preps international students for Canadian universities.

Comitale was called to the scene about an hour after the shooting to pass on copies of surveillance footage to police.

Neighbours say the residents of the unit had thrown several large parties since they moved in. One neighbour, who didn’t want to be named, said she had called police about loud partying at the unit on two previous occasions.

“I don’t think it’s been a good scene since they moved in,” said Burns MacDonald, a Mohawk student who lives in one of the units.

Alice Barr has the latest on the surge of COVID-19 and White House attacks on Dr. Anthony Fauci. #uspoli Subscribe to CTV News to…