Roseau, Dominica – June 22, 2009……The Bolivarian Republic of Venezuela is seeking to increase its already significant investment portfolio in Dominica with the establishment of a state-of-the-art coffee processing plant and a branch of the ALBA Bank here.

The announcement came from Venezuelan President, His Excellency, Hugo Chavez Frias in his address at the formal commissioning of the new Waitukubuli Fuel Storage and Distribution Plant in Dominica recently.

Speaking through an interpreter, the Venezuelan President said: “So today we need to appoint the teams to launch new projects. We need to multiply the number of projects. As part of the Bolivarian Alliance we are going to install here a state-of-the-art coffee processing unit. And the idea is to increase coffee production because your coffee is excellent. We need to enjoy food security and food sovereignty in this region as well.”

The Venezuelan Leader also spoke of the need to work to build industries particularly in the areas of construction, cement, steel, building materials, aluminium, plastic and petrochemicals and factories in an effort to improve the quality of life of the peoples of the region.

His Excellency, Hugo Chavez also announced his intention to have a local branch of the ALBA Bank established in Dominica. The ALBA Bank was capitalised with an initial sum of US$1 billion in 2008.

The Government of the Bolivarian Republic of Venezuela is currently financing a significant number of projects in Dominica. Approximately $50 million ECD has been invested in the Melville Hall Air Access Improvement Programme. $30 million has been invested in Sea Defence and Roadworks in the villages of Soufriere and Scotts Head. The sum of $29.4 million is financing the Housing Revolution.

Other areas of cooperation between Dominica and Venezuela include national security, agriculture, tourism, human resource development, the construction of primary schools in Salybia and San Sauveur and the implementation of community-based projects island-wide. 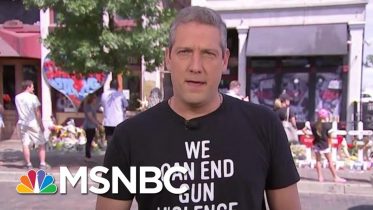