'A Seven-layer Cake Of Lies': Stelter Reacts To Trump's Claim

CNN's Brian Stelter explains the importance of a president's media diet and examines the direct link between the media President Trump consumes and the false claims he shares.
#CNN #News

Biden Coronavirus Adviser: ‘There Is Light Inside The Tunnel’ | The Last Word | MSNBC

Middlemass: Idea of domestic terrorism needs to be attached to these rioters

88 Comments on "‘A seven-layer cake of lies’: Stelter reacts to Trump’s claim" 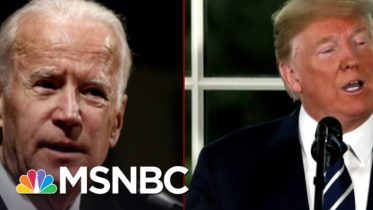 The contrast between the two presidential candidates on full display as Joe Biden speaks out on the urgency for a plan to reopen schools,…

How I met A Street Cat Named Bob