As Derek Chauvin’s trail for the murder of George Floyd begins, MSNBC’s Ari Melber reminds viewers that accountability for police brutality is just one piece of the wider challenge and that this trial is a response to a steady problem advocates want to change. As the rate of U.S. police shootings and killings holds steady, the goal of civil rights leaders is not to merely “put police on trial,” but to reform a system. ACLU President Deborah Archer joins Melber to discuss these goals, and asserts she’s “not sure we’ve made the progress that anyone has hoped for.” (This interview is from MSNBC’s “The Beat with Ari Melber, a news show covering politics, law and culture airing nightly at 6pm ET on MSNBC. ). Aired on 03/29/2021.
» Subscribe to MSNBC:

Intelligence Committee To Trump Officials: Why Aren’t You The Whistleblower? | The Last Word | MSNBC 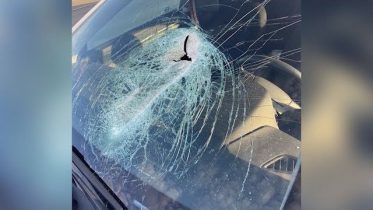 An Edmonton man will need facial surgery after a piece of metal debris flew through his windshield while he was driving on the highway….