A further amount of $25,000 promised to be used for a project

to be identified by Village Council

Roseau, Dominica – January 12, 2009…… In his address at the 15th Inaugural Meeting of the Coulibistrie/Morne Rachette Village Council last week, Acting Prime Minister, Hon. Julius Timothy announced that Government has allocated $131,000 to go towards housing assistance  to the people of  the Salisbury constituency, in keeping with a promise made by Prime Minister and Minister for Finance, Hon. Roosevelt Skerrit.

According to Hon. Timothy, Government is now putting in place the machinery to ensure that the residents of the Salisbury constituency can benefit from Government’s Housing Revolution. The Minister added that the Council would need to identify persons in the community who are in need of housing assistance.

The Acting Prime Minister, who is also the Minister for Economic Development and Urban Renewal, also announced that Government would soon make available the sum of $25,000 to be used on a project to be identified by the Council.

Hon. Timothy also stressed the importance of the Council working well with the Government in light of the fact that the current Parliamentary Representative for the Salisbury constituency, former Leader of the United Workers Party, Hon. Earl Williams has been out of State for several months after reports surfaced that he had misused substantial sums from some clients in his legal practice.

“The truth is, at the moment, you don’t have a Parliamentary Representative so  all the more emphasis, all the more work has to be done by the village council to ensure you get your fair share of national development,” Hon. Timothy concluded.

Be the first to comment on "ACTING PRIME MINISTER HON. JULIUS TIMOTHY ANNOUNCES AN AMOUNT OF $131,000 FOR HOUSING FOR THE SALISB" 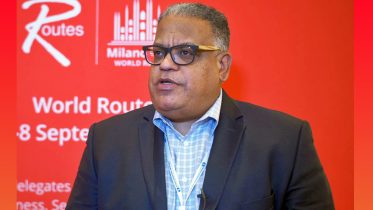