Rep. Adam Schiff, (D-CA) Chairman of the House Intelligence Committee, joins Lawrence O’Donnell to discuss how Attorney General William Barr will not “do what’s in the best interest of the American people” after releasing a memo giving prosecutors the authority to investigate “specific allegations” of voter fraud. Aired on 11/09/2020.
» Subscribe to MSNBC:

Watch All In With Chris Hayes Highlights: April 1 | MSNBC 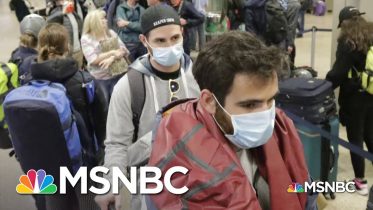 As the coronavirus pandemic continues to spread, crucial health inform is presented by government officials, politicians, the media and regular citizens — posing challenges…

Watch All In With Chris Hayes Highlights: December 14 | MSNBC

What’s next for CERB payments as eligibility soon runs out?

CNN legal analyst: This is what happens when law professors get too clever