Andrea Mitchell is joined by NBC’s Garrett Haake with the latest reporting on Capitol Hill and NAACP Legal Defense Fund President and Director-Counsel Sherillyn Ifill with her analysis as Merrick Garland faces questions from senators in his confirmation hearing to lead the Justice Department as Attorney General. Ifill says that she wants the DOJ under Garland to “engage the issue of criminal justice reform” as Garland addresses questions on civil rights and combatting extremism. Aired on 02/22/2021.
» Subscribe to MSNBC:

History of Juneteenth and why it’s important

The bellwether city: Taking a look at Peterborough, Ont. 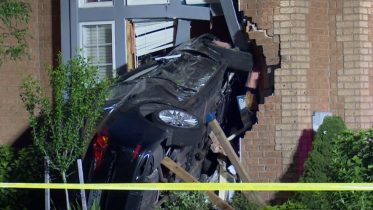 Vehicles crash into 3 different GTA homes in one day

A vehicle crashed into a home in Mississauga, and two other vehicles crashed into two homes in Toronto – all in one day. Subscribe…