St. John’s, January 23…..   The Antigua and Barbuda Labour Party (ALP) has again called on Prime Minister Baldwin Spencer to explain his role in the attempts to appointment his personal lawyer, Sanjeev Datadin as a “special constable’’ in the UPP regime’s almost 8-year long IHI investigation.

The ALP said that two weeks ago it called for Prime Minister Spencer to “tell the nation whether he knew and approved of Datadin’s underhanded appointment” and if he did not know, why did he not know.

“Commissioner of Police, Vere Browne, would hardly have appointed Prime Minister Spencer’s personal lawyer without some instruction”, the ALP declared. The ALP continued, “The Police Commissioner must also tell the nation who instructed him to appoint Datadin and for what purpose”.  The ALP said, “The people of Antigua and Barbuda must be assured that the Police Commissioner is an independent office free of political interference and is not part of political witch-hunts and political lynching”.

In its statement, the ALP noted that “while Datadin’s appointment was declared wrongful and void by the Attorney-General, it is now being forced on the Police Service Commission.”

“Datadin has been paid huge fees from the Treasury by the UPP regime while unemployment is high and government workers are being made to wait for their wages.  He has been paid over the top for his appearances before the Commission established to inquire into the wrongful dismissal of Sir Gerald Watt as Chairman of the Elections Commission.  The nation must also be told what fees it is planned to pay him as Special Constable”.

The Labour Party repeated that “The rule of law is now gravely undermined in our country.  A bankrupt and failed government is intent upon eliminating all opposition by spending millions of dollars of tax payers’ money to carry on an almost 8-year long charade and to trump up charges”.

NDP not going to give Trudeau an election: Jagmeet Singh 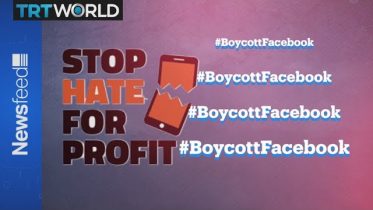 Why some Canadians are experiencing CERB payment delays