Ambassador David Shoul failed to make an appearance before the Public Accounts Committee on Tuesday afternoon, January 24, 2012, after being summoned by the Chairman of the Public Accounts Committee. The Ambassador was asked to prepare himself by bringing certain relevant documents and to be ready to answer questions from the Chairman of the Committee. The Public Accounts Committee had invited Ambassador Shoul to provide answers regarding the $52.5 US million dollar Chinese power plant recently constructed at Crabbs Peninsula.
The Public Accounts Committee is a creature of the Constitution, Section 98, which mandates a review of all government spending by examining and considering government accounts. The Chairman of that Committee is always the Leader of the Opposition in the Parliament. The Honourable Lester B. Bird, as Chairman, wrote to Ambassador Shoul, one week earlier, seeking to question him on the Chinese power plant, since the Ambassador has been credited by Prime Minister Spencer with playing a pivotal role in the negotiations for the plant.
Ambassador Shoul had a contemptuous and terse letter delivered to the office of the Leader of the Opposition on Monday, January 23, 2012, indicating only that he received the former Prime Minister’s letter. On Tuesday afternoon, the Public Accounts Committee members waited in vain for Ambassador Shoul to show up.  All the written questions were instead handed to the Auditor for onward transmittal to the public servant.
Negotiations for the Chinese power plant began in 2008 when a price tag of US $18 million dollars was initially mentioned. The amount climbed to US$30 million by the time a funding agreement was entered into with the Export/Import Bank of China in June 2008. Later adjustments took the cost to US$47 million without any credible explanation. The total cost has now climbed to US$52.5 million dollars.
Examination of the installed plant has shown that the engines, the alternators and other parts of the plant are not new, though both Ambassador Shoul and Prime Minister Spencer have each claimed otherwise. In fact, they both deem questioning of the quality of the delivered plant, by the ALP and thousands of Antiguans and Barbudans, as unpatriotic and diminishing of the relations between China and Antigua and Barbuda.
Former Prime Minister Bird, Chairman of the Public Accounts Committee, has promised to continue to pursue answers and to seek to get to the bottom of the issue.
-end-
SHARE TWEET PIN SHARE

Fareed: China’s rise has been a miracle

Be the first to comment on "ALP Media Release" 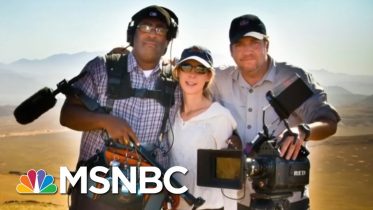 Longtime NBC News employee Larry Edgeworth died at age 61 after testing positive for the coronavirus. Edgeworth worked at NBC for over 25 years….