Roseau, Dominica – October 20,  2008………..The passage in Parliament last week of several amendments to the Value Added Tax Act of 2005 will yield benefits to several sectors of the Dominican economy:

·        Amendment No 1: the provision of further relief to farmers. Spray oil which is used to protect banana plants from leaf spot disease and potting mix which is used to grow seedlings for agriculture are now VAT exempt.

·        Amendment No 2 : As a result of the amendment to the Act, fishermen will no longer pay VAT on outboard engines up to 150hp. Previously the exemption from VAT was for outboard engines of up to 100 hp.

·        Amendment No 3 : Government has now exempted from VAT the import by an educational institution of building materials, prefabricated buildings, furniture and specified equipment. This exemption applies not only to public schools and government assisted schools but also to any accredited university that has been issued a permit to operate by the Minister for Education.

·        Amendment No 4 : Amendment to assist VAT registrants who are in credit situations. Section 52(3) of the Value Added Tax Act provides that a credit declared by a registrant who is involved mainly in the sale of standard rated supplies must be carried forward over a six month period. The Amendment means the Comptroller of Inland Revenue has the authority to waive  the required six months period and pay refunds earlier to registrants who have filed refund claims, once these persons have met the necessary requirements.

·        Amendment No5: Threshold increased for VAT registration to above $120,000 instead of $60,000. With this increase many relatively small businesses will not be required to register for VAT, thereby reducing some of their administrative costs. $60,000 threshold will be maintained for some specified services.

·        Amendment No 6 : Amendments to exempt from VAT  goods imported on a temporary basis. This exemption covers  goods that are temporarily admitted into Dominica for processing, repair, cleaning, reconditioning or for some other specific purpose.

In presenting the Bill to amend the Value Added Tax Act of 2005 to Parliament last week, Prime Minister and Minister for Finance, Hon. Roosevelt Skerrit stated several factors had to be taken into account in making a determination as to the amendments that could be made to the Act without affecting negatively the integrity of the VAT system itself.

“Madam Speaker, VAT is intended to be the mainstay of Government revenue. Therefore, in making a final determination, we took into account the social impact, the implications that the amendments will have on revenue and also the importance of preserving the integrity of the VAT and the underlying benefit to my people in general. While my government would like to respond positively to every request  that was made by the Dominican people, we must understand that if we are to accede to every request for exemption, we will only seek to erode  the objective and overall purpose of the VAT system.” 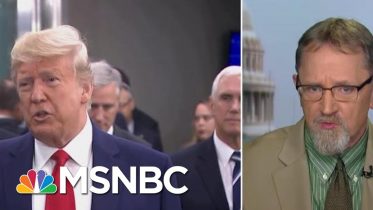 What Legal Protections Do Whistleblowers Have? | Velshi & Ruhle | MSNBC

‘Cyberattacks’ And ‘Lethal Action’? How Iran Could Strike Back | The 11th Hour | MSNBC