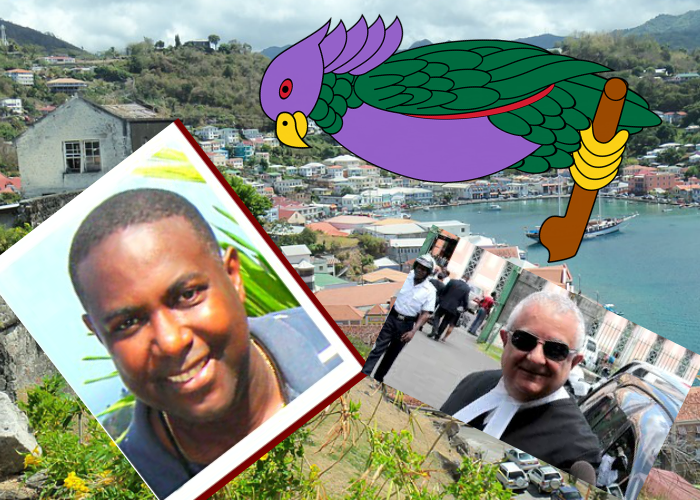 Gabriel Christian’s feigned outrage is like Johnny come lately after being denied his many requests for diplomatic passports for friend or clients, and more startling his request and proposal for an exclusive 3 year contract to run and control the CIP.

In 2004 Gabriel Christian besieged Prime Minister Skerrit to grant diplomatic posts and passports to his friends and client. The following are some of the many emails exchanged with Gabriel, which show his pursuit of diplomatic passports.

“From: Richard Stevens To: GABRIEL CHRISTIAN cc:
Date: Tue, 05 oct 2004
Subject: AL TARRAH
DEAR GABE
I WOULD LIKE TO KNOW IF ANY DIRECT CONTACT WAS MADE
WITH DR. AL TARRAH AND WHERE THINGS STAND ON HIS
POSITION AS HONORARY CONSUL. ALSO, IS THERE STILL THE INTENTION TO HAVE PRINCE ERMAIS VISIT AND HAVE A
REPRESENTATIVE APPOINTMENT? DICK

On the letter that the Qatari European section chief helped us draft, I cannot tell whether it even went or not. The PM had it. In my presence, he handed it to Ferrol for action. No word from anybody since.

I respect him too much to push on that visit. So, at this time I would scratch Q. If you believe my presence in Kuwait could serve some useful purpose let me know, But even there I am unsure if Ferrol advised Dr. Al Tarrah to arrange our official portion of the visit with their foreign affairs office. I want the comrade to be accorded some state honors, even where our local consul, Dr. Al Tarrah, would host a private reception with his business friends.

Advise re Kuwait. Did you see the awards? Did you speak with him? Gabe”

Gabriel even drafted a letter for the Prime Minister to sign. That letter read

‘Gentlemen, I am appreciative of the work you have been doing to help promote the interest of Dominica in the Diaspora and beyond. My government recognizes that it can never rely solely upon salaried diplomats or advisors to market the investment prospects and other potentialities of this country. We need genuine, patriotic, goodwill ambassadors such as yourselves.

[These are words of Gabriel Christian and submitted to the Prime Minister by Gabriel.]

I have reviewed the submitted profiles of HIH Prince Ermias Sahle Selassie- Haile Salassie and Dr. Dick Stevens and the Government of the Commonwealth of Dominica would be proud to have them both serve in advisories capacities on how to take the process of our national development forward. Please convey to them my sincere appreciation of their willingness to serve and my commitment to formalizing and regularizing their appointments as Honorary Consuls.

The third quarter of 2004 is nonetheless the period that has been set aside for a review of our diplomatic and consular services and other representatives abroad. There are currently several non-performing Consuls, whose appointments the Government will have to review. We are also keen on identifying a new cadre of individuals who would take serious and deliver upon their promise of assistance to Dominica.

Your nominees HIH Prince Ermias Sahle Selassie-Haile Salassie and Dr. Stevens are the caliber of individuals we are seeking to attract. We should therefore which for their appointments to coincide with public announcements on the rationalization of the consular and diplomatic services offered by Dominica and the installation of a new group of eminent international personalities, who, like they, will be charged with seriously promoting and seriously promoting and creating meaningful opportunities for our country.I am hopeful of our completing this exercise for our 2004 Independence Celebrations and would appreciate very much if your nominees could avail themselves for a major national consultation in Dominica at that time.

In the interim it would be appreciated it both gentlemen could outline for us some of the priority initiatives that will be occupying their attention and comprising their efforts during their first year of tenure so that the Ministry of Foreign Affairs can create a programmatic formula and outline realistic objectives of the programme to the public of Dominica.I trust that you will appreciate the need for us to thread carefully and in a structured manner in these matters. I look forward to your continued expressions of support and good wishes for the work of the coalition government on behalf of the people of Dominica,’

Gabriel Christian did not end his pursuit of Roosevelt Skerrit in 2004.

In 2013 and 2014 Gabriel Christian approached Roosevelt Skerrit with a proposal which would allow him and his friends or clients EXCLUSIVE control of the CIP for up to 3 years.