Gov. Andy Beshear (D-Ky.) says in spite of Kentucky's "dangerous position," his state will not "face the same devastation" as the South: "My heart goes out to them. But I do want to make sure we don't go through the same thing." Aired on 7/29/2020.
» Subscribe to MSNBC:

Trump On His Criticized COVID-19 Response: I’ve Got A Lot Of Things Going On | The 11th Hour | MSNBC

Steyer: In 100 Years We’ll Look Back, Wonder How We Were So ‘Braindead’ To Not Act Faster | MSNBC

Mike Pompeo, Barr At Center Of New Revelations On Impeachment Inquiry – The Day That Was | MSNBC 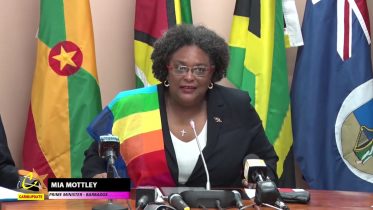 While some Caribbean countries have installed a travel ban from visitors from China in reaction to the coronavirus outbreak, some other countries have held…