(St. John’s, Antigua) February, 17th 2014 – Antigua & Barbuda continues to celebrate its cricket heritage with the release of a new destination video featuring International Cricket Legend, and National Hero, Sir. Vivian Richards.Â  Antigua & Barbuda, renowned for its rich cricket history, is home to some of the greatest Legends to play the sport, such as Sir Vivian Richards, Andy Roberts, Curtly Ambrose, Richie Richardson and Kenny Benjamin to name a few.

The new destination commercial, which was produced locally by Wadadli Film Studios, pays homage to the Cricket Legends while giving viewers a glance at some of the most iconic locations around the island – from the Sir. Vivian Richards Cricket Stadium, to sun-kissed Pigeon Point beach, and the historic Nelson’s Dockyard.

The video takes the audience on a visual journey throughout picturesque Antigua, as seen through the eyes of Sir. Viv.Â  It highlights some of the island’s most recognizable sites, and showcases those attributes of the destination that make it unique, to that of its Caribbean neighbours, and is a fine display of authentic island life fused with the gala of cricket.

Minister of Tourism, Hon. John Maginley expressed, “Antigua & Barbuda is enthusiastically welcoming the upcoming WICB matches, as anticipated hotel occupancy is almost at full capacity for this period, with hundreds of British fans expected to descend on the island to back their home team for the games. This is a testament to the potential of our Sports Tourism sector.”

The commercial, featuring National Hero Sir Vivian Richards, will be released regionally on the Caribbean Media Corporation from February, 17th 2014.Â  CMC is aired in over 21 countries throughout the region and is also re-broadcast to the US tri-state area. 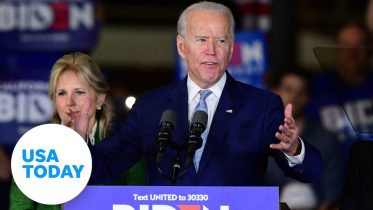 On Super Tuesday, the largest number of voters made their presidential choices, with a large number of delegates up for grabs. RELATED: Why Super…

Celebrate the Caribbean at Caribbean Week in New York 6-12 June, 2010

O’Rourke: ‘When The Second Amendment Was Ratified, It Took 3 Minutes To Reload A Musket’ | MSNBC

President Donald Trump And The Very Good K-9…Or Dog, As He Calls It | All In | MSNBC