Arizona Secretary Of State: No Illegal Votes Are Being Counted | MSNBC

MSNBC's Chief Legal Correspondent Ari Melber talks with Arizona's Secretary of State Katie Hobbs about the state's ballot counting process, what would happen if a court intervenes to alter or exclude votes and how Trump supporters are endangering the safety of workers. Hobbs asserts there are no illegal votes being counted in the state of Arizona, and that such disinformation undermines the election process. Aired on 11/05/2020.
» Subscribe to MSNBC:

Arizona Secretary Of State: No Illegal Votes Are Being Counted | MSNBC

Velshi: The Power Of Pressure | MSNBC

91 Comments on "Arizona Secretary Of State: No Illegal Votes Are Being Counted | MSNBC" 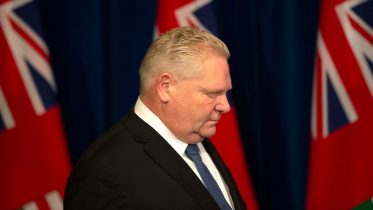 Ontario Premier Doug Ford announces the mandatory closure of all non-essential businesses in the province amid the COVID-19 pandemic. Subscribe to CTV News to…

Moderna’s top doctor: Canada is not at the back of the line for COVID-19 vaccine

Inside the Liberal Democrats’ effort to cancel Brexit