Chairman Adam Smith tells Ali Velshi that it’s almost far-fetched to believe that local and state courts would go against the will of the American people at the ballot box. But even still, “we have to be vigilant, we have to report on it” to make sure that even a far-fetched idea doesn’t become a reality after the election. Aired on 09/25/2020.
» Subscribe to MSNBC:

Trump reveals why he resists funding US postal service

Robert De Niro: Trump Is ‘Worse Than We Could Have Imagined’ | The Last Word | MSNBC 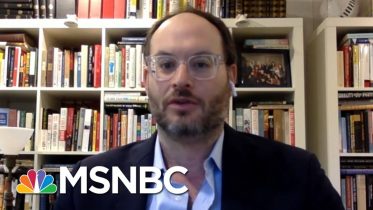 The Atlantic's Franklin Foer joins Morning Joe to discuss his new piece 'Putin Is Well on His Way to Stealing the Next Election.' Aired…

Rev. Al: Don’t Use George Floyd For Anything Other Than Justice For Floyd | Morning Joe | MSNBC

Obama rips Trump over Chinese bank account: “They would have called me Beijing Barry”