‘As Low As It Gets’: Black Lives Matter Signs Destroyed At Historic D.C. Churches | All In | MSNBC

“Desecrating two churches that have borne witness to this nation's struggle for equality, tearing up and burning signs that simply assert that the lives of Black Americans matter—well, that's about as low as it gets,” says Chris Hayes. Aired on 12/15/2020.
» Subscribe to MSNBC:

‘As Low As It Gets’: Black Lives Matter Signs Destroyed At Historic D.C. Churches | All In | MSNBC

Rep. Liz Cheney To Stay In House GOP Leadership After Vote To Remove Her Fails | All In | MSNBC

80 Comments on "‘As Low As It Gets’: Black Lives Matter Signs Destroyed At Historic D.C. Churches | All In | MSNBC" 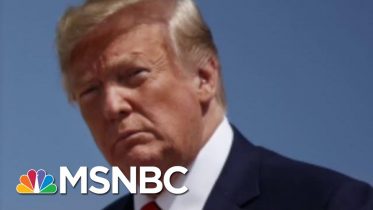 Rachel Maddow reports on concerns about the freedom to testify and legal protections of the whistleblower in the Trump Ukraine scandal, as well as…