Roseau, Dominica – December 18, 2008……..The quality of Dominica’s water was singled as one of the country’s biggest assets  by the acting Permanent Secretary in the Ministry of Tourism, Mr. Edward Henderson in his remarks at a reception on the occasion of the inaugural call of the MV Thomson Destiny at the Roseau Cruise Ship Berth on Tuesday.

‘ What we have to offer in Dominica cannot be compared to others. We have a special blessing in Dominica. Dominica is still the only country in the world that you could go in any river and drink water and still  be okay. I have visited other countries and in some countries, you will not be able to bathe in certain rivers, but in Dominica, one does not have that problem. And it is a testimony of how we have preserved our country for people like you, your crew and your passengers so that when they come here they can feel safe in our kind of environment,” Acting Permanent Secretary, Mr. Henderson said.

In his remarks at the reception the Ship’s Captain, Mr. Emmanuel Psarrakis spoke about the natural beauty of Dominica and expressed the view that his passengers would have positive  comments to make from their tours and excursions to Dominica’s natural attractions.

The MV Thomson Destiny of Louis Cruise Line based in England will make thirteen(13) calls to Dominica during the current 2008/2009 cruise ship season. Three calls will be made at the Portsmouth Cruise Ship Berth, which is situated in a National Park.

Be the first to comment on "AS MV THOMSON DESTINY MAKES ITS INAUGURAL CALL TO DOMINICA MINISTRY OF TOURISM OFFICIAL SAYS:" 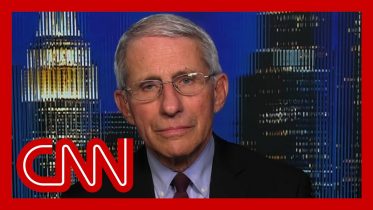 Dr. Anthony Fauci tells CNN's Chris Cuomo the reasons why young people should take coronavirus very seriously, and why this pandemic is much different…

Watch A Republican Congressman Scold Trump: Don’t Be ‘An A**hole’ | The Beat With Ari Melber | MSNBC

Biden: Trump ‘Must Be Part Of The Solution, Not The Problem’ | MSNBC

Reporter asks Trump how it feels to be 3rd impeached president