As Trump Crashes, Niece Warns Of Danger In Post-Election 'Hit List' | The Beat With Ari Melber

A little more than a week out from Election Day, Trump's niece Mary Trump joins MSNBC’s Ari Melber to discuss a new Axios report claiming Trump has what amounts to a political "hit list" and wants to remove the FBI director, CIA director and Defense Secretary after the election for refusing to use their powers to go after his “political enemies.” She provides insight into Trump’s mindset and asserts Americans “should be very worried” Trump’s efforts to dismantle American democracy will “increase exponentially" if he's re-elected. Mary Trump also adds Trump and his associates are "unwilling to do the hard work" needed for the country.(This interview is from MSNBC’s “The Beat with Ari Melber, a news show covering politics, law and culture airing nightly at 6pm ET on MSNBC. ). Aired on 10/26/2020.
» Subscribe to MSNBC:

As Trump Crashes, Niece Warns Of Danger In Post-Election 'Hit List' | The Beat With Ari Melber

Mayor scolds violent protestors: Not in the spirit of MLK

GSA Head Will Go Down As One The ‘Great Obstructors’ Of Our Time: Columnist | Morning Joe | MSNBC

94 Comments on "As Trump Crashes, Niece Warns Of Danger In Post-Election ‘Hit List’ | The Beat With Ari Melber" 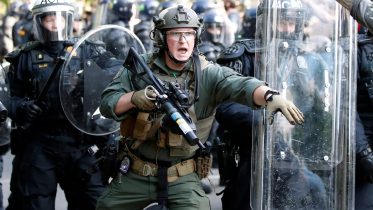 Richard Madan has the latest on the continuing protests across the United States, as U.S. President Trump continues to threaten to deploy the military….