Legendary Oscar-winning actor Robert De Niro speaks out in his first interview since Pres. Trump’s defeat, telling MSNBC’s Ari Melber that he is relieved about Trump’s loss and concerned about how someone like Trump could get as far as he did in American government, warning that “more people like” Trump may test democracy again. De Niro also reflects on Trump’s ethics, his silence since Saturday’s election call, why he believes Trump has “no center” and the appeal and role of “tough guys” and mafia films in American life and culture. (This interview is from MSNBC’s “The Beat with Ari Melber, a news show covering politics, law and culture airing nightly at 6pm ET on MSNBC. ). Aired on 11/09/2020.
» Subscribe to MSNBC:

Cory Booker: President Trump is worse than a racist 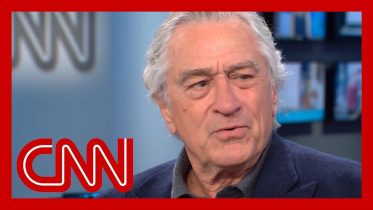 Robert De Niro: Trump should not be President. Period.

Actor Robert De Niro tells CNN's Brian Stelter that President Donald Trump has been worse than he "ever could have imagined." #CNN #News

Nicolle: Trump’s Comments On Roger Stone Have Us On ‘Pardon Watch’ | Deadline | MSNBC

Speaker Nancy Pelosi: ‘What We’re Talking About Here Is Our Democracy’ | Deadline | MSNBC