Ingraham told supporters that the Bahamas “once again demonstrated the vitality and endurance of our proud democratic heritage” Ingraham said after his FNM lost control of the 38 seat Parliament.

He said he accepted the results of the polls that had been observed by teams from the Caribbean Community (CARICOM, the Organization of American States (OAS) and the United States.

“Today, the Bahamas once again demonstrated the vitality and endurance of our proud democratic heritage,” Ingraham told supporters at the party’s headquarters.

“I would like to congratulate the leader of the party and his candidates. I should like to thank the FNM for making me their leader,” said Ingraham.

“I shall not go on to lead this party as the opposition. I shall not set my feet in the House of Assembly, and I shall return to private life from whence I came,” he added.

Preliminary results so far show that the PLP has won 20 of the 26 seats declared to date.

In an immediate statement, the PLP said that it wanted to thank voters describing Tuesday’s poll as “the most important general elections since 1967 because there was so must at stake.

“The silent majority galvanized themselves behind the policy proposals of the PLP Bahamian people because they clearly felt that the policies of the FNM were not in their best interest and relegated them to second class citizens. This is not a victory for the Progressive Liberal Party, but for the Bahamian people,” the party said.

The PLP said that it “humbly accepts the overwhelming vote of confidence the Bahamian people have reposed in the PLP as decisive mandate to put Bahamians first and to invest in our people.

“We will govern this country in a manner worthy of their trust and confidence. The Progressive Liberal Party is committed to continuing the vision of our esteemed leader… Perry G. Christie.

“Through prudent governance we intend to shape The Bahamas into the best little country in the world where economic empowerment, social justice, strong values and respect for the rule of Law are the precepts upon which we were built.”

Christie, who served as prime minister from 2002 to 2007, fought the campaign on returning the Bahamas to citizens as well as being severely critical of the socio economic policies of the Ingraham administration that it blamed for high unemployment and crime.

The PLP said that it is committed to the vision of creating a fair and just society where all hardworking Bahamians have an equal opportunity to share in our national resources and the creation of wealth.

“The PLP will immediately initiate its 100 – day plan as articulated in our Charter for Governance.

We will launch key elements of Project Safe Bahamas and Operation Cease Fire including Urban Renewal. We will begin the doubling of the nation’s investment in education and training. In conjunction with the private sector, we will institute our mortgage relief plan.”

It is promising to secure the nation’s borders, protect fishing grounds for Bahamians and to eliminate illegal poaching, illegal immigration, human smuggling and contraband and weapons smuggling.

It said it would also re-establish the Ministry of Financial Services and Investment and renew the nation’s commitment to National Health Insurance and acquire badly needed cancer screening technology.

“To stimulate the real estate and construction industries, we will reduce the stamp tax payable on all real estate transactions from 12 to 10 per cent. We will go further and re-introduce a ceiling on the maximum level of real property taxes payable on a residence.”

The party says it will seek to govern “in the best interest of all Bahamians”.

Rep. John Lewis: the civil right icon in his own words | USA TODAY 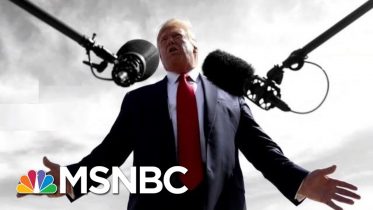 Day 1,001: Did The Trump White House Just Admit To An Impeachable Offense? | The 11th Hour | MSNBC

Acting White House Chief of Staff has created a lot of headlines and a lot of grief for the Trump White House. Our panel…

Gov. Andrew Cuomo on reopening the state: We can’t be stupid