Former President Barack Obama delivered a blistering account of his successor's first four years in office in Philadelphia, arguing that President Donald Trump has proved he is "incapable of taking the job seriously" and has shown no interest in "helping anybody but himself and his friends."
The event is Obama's first stump speech for his former vice president, a welcome sight to Democrats who see the former president as Joe Biden's most potent character witness and a key factor in encouraging Black men, Latinos and younger voters to turn out and vote.
Obama's speech represented his most direct attacks on Trump to date, with the former Democratic leader leveling both substantive critiques — like questioning Trump's tax policy and handling of the coronavirus pandemic — and personal barbs, jabbing at shrinking ratings for the President's speeches and town halls.
The remarks drilled down on years of Democratic concerns about the President, with Obama arguing Trump's presidency has not only changed the way other countries view the United States but remade the way Americans feel about politics. 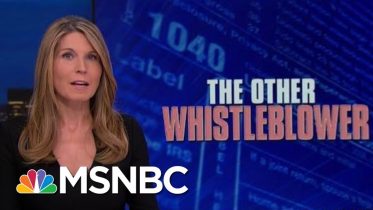 Tom Hamburger, national security reporter for the Washington Post, talks about what is known about an IRS whistleblower who has raised alarm that audits…

‘Completely Upside Down:’ Pelosi On Trump Push To Reopen Schools | All In | MSNBC