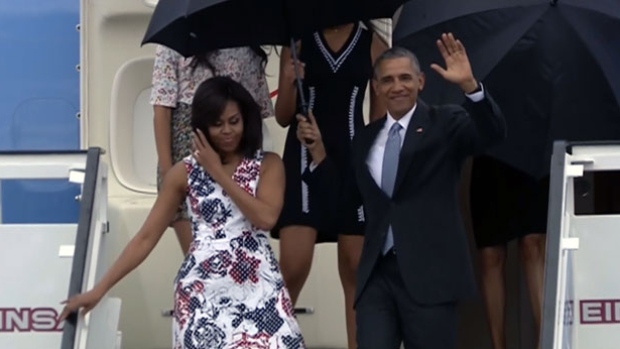 U.S. President Barack Obama arrived in Cuba on a historic visit on Sunday, opening a new chapter in U.S. engagement with the island’s Communist government after decades of animosity between the former Cold War foes.

Obama landed at Havana’s Jose Marti International Airport aboard Air Force One, the iconic presidential jet with “United States of America” emblazoned across its fuselage, a sight almost unimaginable not long ago.

Obama was accompanied by his wife Michelle and his daughters Sasha and Malia. From the airport, the family was scheduled to travel to the U.S. Embassy to meet staff and families.

The three-day visit marks a first by a U.S. president in 88 years, resulting from a diplomatic opening announced by Obama and Cuban President Raul Castro in December 2014. One of the items on the President’s agenda will be a baseball game where he will also be bringing along the widow of Jackie Robinson.

Here are the details of the President’s itinerary while in the Caribbean country:

The White House has stated that Obama will not formally meet with ailing longtime Cuban leader Fidel Castro.

Pope Francis meets with the President of Dominica 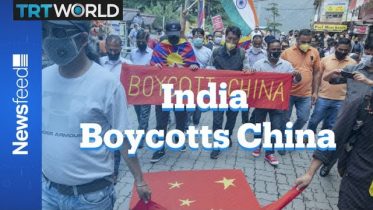 Can the Indian Economy Afford to Boycott China?

After the skirmishes in Ladakh between India and China, many Indians have taken to a boycott Chinese products campaign to send a message to…

‘It looks like we’re heading to war’: analyst on Qassem Soleimani’s death