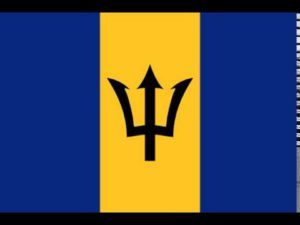 November 1, 2017 (Portland, Ore.) – Today, the Society of American Travel Writers (SATW) has selected the island of Barbados as the host destination for its 2018 annual convention. This is the first time that any Caribbean nation has been selected as the convention host destination. The announcement was made at the 2017 SATW Annual Convention held in Portland, Oregon, U.S.

SATW is a professional association comprised of 1,100 writers, photographers, editors, broadcast/video/film producers, bloggers, website owners, public relations experts and hospitality industry representatives from the United States and Canada. Founded in 1955, the society’s members represent some of the most influential content producers in the travel industry with work that can be seen throughout all print, digital and broadcast platforms.

“Barbados is a world class destination that is uniquely suited to host the conference in 2018. Despite the intense competition to host our organization, Barbados’ reputation as a bastion of story ideas for travel editors – both those in the U.S. and Canada – propelled its bid to the winning position. From its hotels to its unique attributes, we knew it was a place that would be interesting to our members,” said incoming SATW President, Barbara Orr.

“Hosting this convention in October 2018 will allow us to stimulate immediate social media coverage of Barbados prior to the kick-off of the winter travel season,” noted Petra Roach, Director, U.S., Barbados Tourism Marketing Inc. (BTMI). “These delegates influence thousands of our target consumers via their social media platforms every day, and we are designing our conference to maximize social media conversations.”

Furthermore, each journalist will be taken on thematic tours of the island, so that they can pursue story ideas for their print, broadcast and online media outlets, which will result in editorial coverage that tells the Barbados story to consumers for years to come.

Not only will BTMI leverage this platform to tell Barbados’ story, but BTMI is inviting Caribbean nations harmed during the 2017 hurricane season, who will be on the road to recovery by October 2018, to host pre/post trips as part of the official conference program.

“Barbados was fortunate to not endure the brunt of the recent hurricanes and has remained ‘open for business’,” noted Roach. “However we know that damage has been done to consumers’ perception of the Caribbean, and we see this as an opportunity to change the conversation to one about why consumers should consider travel to this region of the world,” she concluded.

Barbados has one of the strongest dollars in the Caribbean, a great education system, relatively low unemployment and is one of the safest Caribbean islands for visitors. These characteristics underscore a travel experience where visitors can enjoy rich authentic experiences. Barbados is replete with luxury hotels, unique attractions and beautiful beaches and hosts festivals throughout the year with everything from polo events in the winter and spring to its renowned Food & Rum Festival in the fall.

About Barbados:
The island of Barbados offers the most authentic Caribbean experiences with its exceptionally rich culture and history. It was awarded the Caribbean Best Destination 2016 by Expedia and was rated the ‘Best Caribbean Beach’ by USA Today in 2015. Barbados was also recognized as the second on Conde Nast Traveler’s 2016 list of ‘The Most Beautiful Islands in the Caribbean’ and ranked third in the 2015 Trip Advisor “Travelers’ Choice Awards for Islands 2015” in its Top 100 Destinations category. In addition, Barbados is the first Zagat-rated Caribbean island and is known as the culinary capital of the Caribbean. Accommodations range from picturesque plantation houses and villas to quaint bed and breakfasts and award-winning, five-star resorts. Grantley Adams International Airport (BGI) offers non-stop and direct service options from a growing number of gateways in the U.S., Canada, Europe, the Caribbean and Latin America, making Barbados the true gateway in the Eastern Caribbean. For more information on travel to Barbados, visit www.visitbarbados.org, follow on Facebook, Twitter and Instagram.