Judge Amy Coney Barrett spoke about her life experiences but assured that while they have given her wisdom, they "don't dictate how I decide cases." Aired on 10/13/2020.
» Subscribe to MSNBC:

COVID-19 in America: Trump says U.S. will never go into lockdown while at packed campaign rally

Erin Burnett: Fauci opens his mouth with facts, Trump does not

Mark Cuban To Gov: ‘Print As Much Money As It Takes’ To Save Businesses | Stephanie Ruhle | MSNBC

72 Comments on "Barrett: My Life Experiences ‘Don’t Dictate How I Decide Cases’ | MSNBC" 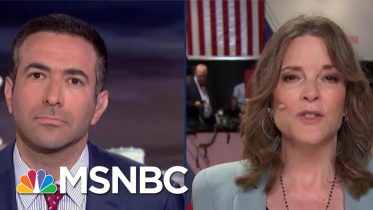 Erin Burnett calls out John Bolton for hiding behind Twitter