Jeremy Bash and Frank Figliuzzi join Andrea Mitchell to discuss Iran and Russia gaining access to American voter information. Bash says, "I think it's clear that all foreign adversaries fundamentally want to sow chaos because a presidential election is the crown jewel of American democracy. So if they can disrupt that, obviously that denigrates the standing of the United States." Aired on 10/22/2020.
» Subscribe to MSNBC:

World in race to stop spread of mutating coronavirus: WHO

DeRay McKesson: Not Even COVID Stopped Police Killings In The U.S. | The 11th Hour | MSNBC 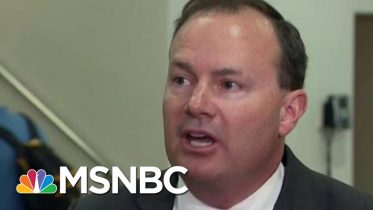 The Michael Theriault verdict is ‘shocking’ to this criminal defence lawyer

Flu season and coronavirus 2020: What parents should know as kids go back to school | USA TODAY

Pallister says provinces were blocked from procuring their own vaccine contracts

Was there a quid pro quo? Conway says she doesn’t know