LONDON, United Kingdom, Wednesday January 26, 2011 – The BBC World Service has confirmed that it will be closing its Caribbean service.

It was announced today as the BBC gave details of its response to a cut to its Grant-in-Aid funding from the UK’s Foreign and Commonwealth Office.The changes include: the closure of five full language services including the BBC Caribbean service, resulting in the closure of 70 posts; the end of radio programmes in seven languages; and a phased reduction from most short wave and medium wave distribution of remaining radio services.

“This is a painful day for BBC World Service and the 180 million people around the world who rely on the BBC’s global news services every week,” said BBC Global News Director Peter Horrocks. “We are making cuts in services that we would rather not be making. But the scale of the cut in BBC World Service’s Grant-in-Aid funding is such that we couldn’t cope with this by efficiencies alone.”

However, he stressed: “What won’t change is the BBC’s aim to continue to be the world’s best known and most trusted provider of high quality impartial and editorially independent international news. We will continue to bring the BBC’s expertise, perspectives and content to the largest worldwide audience.”

As part of the new licence fee settlement agreed with the Government last autumn, the World Service will be funded from the licence fee from 2014.

Under the proposed cuts, 480 posts are expected to close over the next year.

By the time the BBC World Service moves in to the licence fee in 2014/15, it is anticipated that the number of proposed closures will reach 650. But some of those closures may be offset by new posts being created during this period, the BBC said. 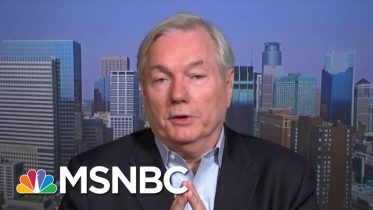 Dr. Michael Osterholm, the Director of the Center for Infectious Disease Research and Policy, says the country still has a long road ahead in…

A look into coronavirus case trends as states reopen