Ben Rhodes On GOP Not Recognizing Biden’s Win: ‘We’ve Seen This Movie Before’ | The ReidOut | MSNBC

Ben Rhodes recalls how Mitch McConnell treated President Barack Obama during his 8 years as president and how they’re treating an incoming Biden Administration: "The reality is Mitch McConnell never acted like Barack Obama was a legitimate president even though he won overwhelmingly twice. We've seen this movie. But it's a dangerous dynamic here." Aired on 11/09/2020.
» Subscribe to MSNBC:

Ben Rhodes On GOP Not Recognizing Biden’s Win: ‘We’ve Seen This Movie Before’ | The ReidOut | MSNBC

70 Comments on "Ben Rhodes On GOP Not Recognizing Biden’s Win: ‘We’ve Seen This Movie Before’ | The ReidOut | MSNBC" 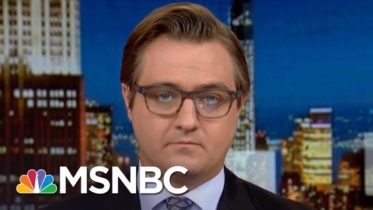 Watch All In With Chris Hayes Highlights: September 15 | MSNBC

Chris Hayes: Republicans Are Misreading Our Choices For Coronavirus Response | All In | MSNBC