Joe Biden attempted to clear up his position on "court packing" — the term for adding justices to the Supreme Court in order to get more sympathetic rulings — after weeks of trying to evade the question.
At the beginning of his answer, Biden reiterated once again that he is "not a fan" of court packing but said that his position will depend on how the Supreme Court confirmation of Judge Amy Coney Barrett is "handled." Asked what that means, Biden said it would be contingent on if there was a "real" debate on the Senate floor. "I'm open considering what happens from that point on," he said.
Pressed by ABC's George Stephanopoulos if voters have a right to know about his position, he said, "They do have a right to know where I stand. They have a right to know where I stand before they vote."
"So you'll come out with a clear position before Election Day?" Stephanopoulos asked.
Biden replied, "Yes. Depending on how they handle this." 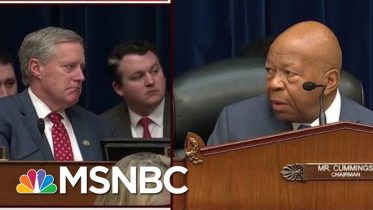 Mika: Representative Mark Meadows Had A Moment To Step Up And Didn’t | Morning Joe | MSNBC

The Information Crisis with David Roberts | Why Is This Happening? – Ep 33 | MSNBC

Coronavirus at the epicenter: What lessons can we learn from it? | Coronavirus Conversations, EP5