Joe Biden will win Georgia, CNN projected, striking at the heart of what has been a Republican presidential stronghold for nearly three decades. The former vice president is the first Democratic nominee to triumph in Georgia since Bill Clinton did it in 1992.
Biden's victory adds 16 electoral votes to his tally, bringing him to 306 — matching President Donald Trump's 2016 total. With CNN's projection that Trump will win North Carolina, the final tally is 306-232, a landslide for the President-elect, who flipped five states and a congressional district in Nebraska from red to blue in 2020.
The symmetry provides the President with yet another bitter pill to swallow. Trump has spent years tweeting and talking up his margin of victory against Hillary Clinton — one that has now been turned on its head in a final, national rebuke of his presidency.

One Democratic Congressman Says He Will Not Vote For Impeachment | MSNBC

Would a Biden presidency offer Canada more support in dispute with China?

‘There are no timelines’: Philpott on Trudeau’s healthcare pledge 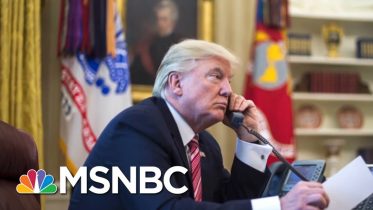 Trump And Ukraine: How Did We Get Here? | On Assignment with Richard Engel | MSNBC

Whether President Trump was making aid to Ukraine contingent on a political favor is the question now driving the impeachment inquiry. Was he, as…