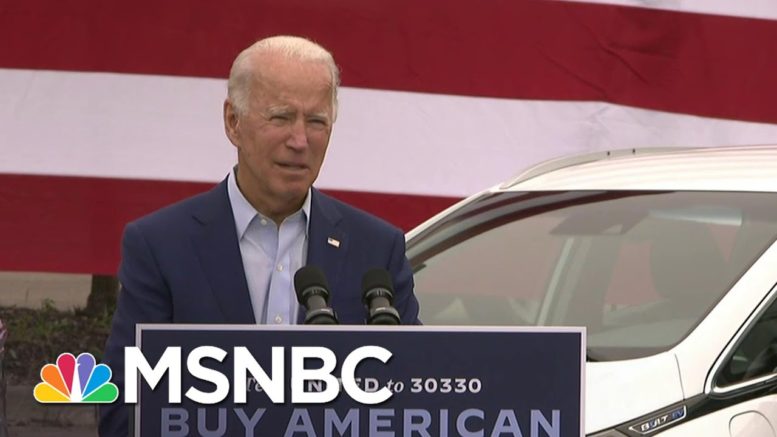 Joe Biden discussed his plans to work towards creating "one million new jobs in the American automobile industry" by rebuilding infrastructure, factories and promoting new energy sources. Aired on 09/09/2020.
» Subscribe to MSNBC:

Ilhan Omar responds to Trump’s racist attack: He spreads the disease of hate

The story of Beto O’Rourke is ‘completely unlikely’

Tapper: This is not the kind of thing you hear first ladies talk about

Why Trump says he’s taking hydroxychloroquine despite the data