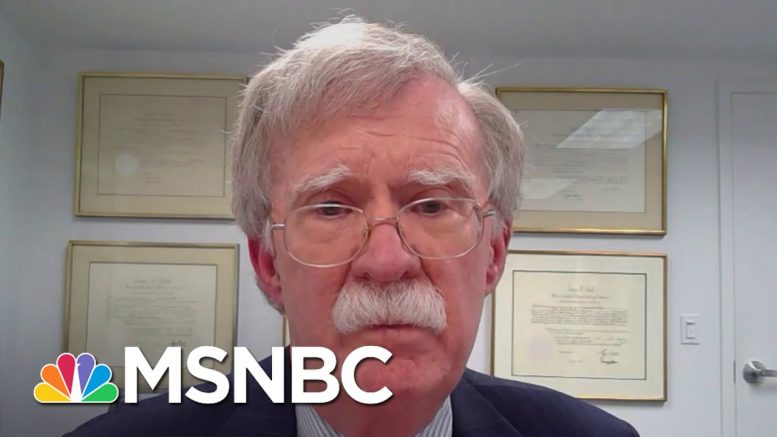 Former National Security Advisor John Bolton joins Andrea Mitchell, reacting to the retirement of Lt. Col. Alexander Vindman's by saying his work “merited promotion,” and that his retirement is "a loss for the country." Bolton criticizes Trump's pandemic response as "clearly inadequate" and delayed as a result of concerns of upsetting China and jeopardizing his re-election, as well as Trump's consumption of intelligence, saying he "doesn't pay much attention to it." Aired on 07/08/2020.
» Subscribe to MSNBC:

Bolton: Trump 'Doesn't Pay Much Attention' To Intelligence, & Is 'Dangerous For The Country' | MSNBC

85 Comments on "Bolton: Trump ‘Doesn’t Pay Much Attention’ To Intelligence, & Is ‘Dangerous For The Country’ | MSNBC" 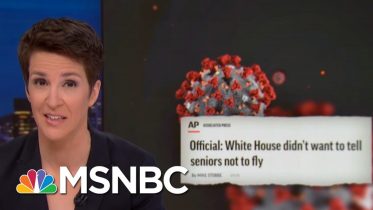 Sen. Kaine On Trump Administration’s China Foreign Policy: “What We Don’t See Is A Strategy” | MSNBC