Breaking: Trump Crashing As His 2016 Voters Switch To Biden | The Beat With Ari Melber | MSNBC

Pres. Trump's re-election may turn on holding his 2016 coalition, which is now fraying according to polls in key states and interviews with former Trump supporters. MSNBC’s Ari Melber interviews three voters from key states with one thing in common — each one backed Trump in 2016 and are now backing Biden. The voters recount their rationales for backing Trump, ranging from the views of a lifelong Republican in Florida to Sanders primary voters in Wisconsin and Michigan, where one voter compares Trump's stubbornness to her ex-husband. (This interview is from MSNBC’s “The Beat with Ari Melber, a news show covering politics, law and culture airing nightly at 6pm ET on MSNBC. ). Aired on 10/29/2020.
» Subscribe to MSNBC:

Breaking: Trump Crashing As His 2016 Voters Switch To Biden | The Beat With Ari Melber | MSNBC

8 Comments on "Breaking: Trump Crashing As His 2016 Voters Switch To Biden | The Beat With Ari Melber | MSNBC" 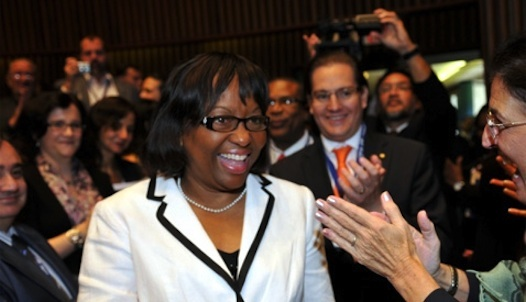 Dominica native Dr Carissa Etienne has been sworn in as the new director of the Pan American Health Organization, following a ceremony in Washington Thursday….