KINGSTOWN, St. Vincent  – After weeks of speculation, including a newspaper front-page article, and much public discussion, Prime Minister Dr Ralph Gonsalves on Monday announced a reshuffle of his Cabinet, exactly 14 months after his Unity labour Party was re-elected to a third consecutive term in office.

In the reassignments, which are to take effect next Monday, Minister of Housing, Informal Human Settlements, Physical Planning and Land and Surveys, Clayton Burgin, will move to the Ministry of Health, Wellness and the Environment.

Burgin, Member of Parliament for East St. George, will replace his West St. George colleague. Cecil “Ces” McKie, who has been reassigned to the Ministry of Tourism, Sports and Culture.

Daniel will be reassigned to the Ministry of Housing, Informal Human Settlement, Lands and Surveys and Physical Planning.

The country’s minister for social affairs, Frederick Stephenson, is set to lose the sports and culture portfolios which are to be assigned to the tourism ministry.

Stephenson will remain Minister of National Mobilization, Social Development, the Family, Persons with Disabilities and Youth.

The reassignments appeared to reward Ceasar for appeals to constituents in his rural farm belt riding, and punish Daniel for his handling of a crisis affecting the island’s banana exports and for two controversial gaffes.

Caesar, MP for mainland St Vincent’s agricultural belt, South Central Windward, last November pleaded with his constituents to go back to farming, saying that agricultural lands, previously the source of jobs for many of the 10,000 constituents, were lying fallow, overgrown with weeds.

“I want you to trust me on this one. If we fail to go back to the lands and work, comrades, it is going to be a time of hardship for the poor and the working class people in this country,” he said then at a ULP rally.

The outgoing agriculture minister Daniel, MP for North Windward, had come in for much public criticism and calls for him to resign over the ministry’s handling of the black sigatoka crisis, which crippled the island’s banana export industry, last year.

The Ministry failed to spray crops against the disease that ran amok across the country. The banana industry was just recovering from Hurricane Tomas, which wiped out 98 per cent of banana and plantain cultivation in October 2010.

The situation prompted opposition legislator Dr. Godwin Friday to ask Daniel in parliament if he planned to resign over his ministry’s alleged mismanagement of the disease.

“Is the Member who is asking this question … sound in his mind? Is he natural? Is he a normal person?” Daniel responded, noting that the people of the North Windward riding had elected him thrice.

Daniel has also made national headlines for statements considered to be insulting of the majority of Vincentians. He said last November, in response to a protesting farmer’s alleged call for him to go, that he is of native Garifuna descent and did not come to this country in boats in chains or under indentureship.

Daniel has neither retracted nor apologised for the statement but said he hoped that the public would understand that he “did not intend to disrespect or disregard Vincentians” and that he hoped “that we do not try to divide St. Vincent”.

Gonsalves defended Daniel, saying that there was no racism in the statement.

During the budget debate in January, Daniel, in response to opposition legislator Daniel Cummings comments about a back injury, asked if Daniel wanted to be the next election candidate who used a wheelchair.

That statement prompted Gonsalves to apologise for Daniel’s statement and in return, offered to abandon two slander lawsuits the prime minister had begun against two opposition lawmakers.

The Vincentian leader said there was “no mystery” regarding the reassignments.

“I have done so repeatedly during my 11 years as Prime Minister,” said Gonsalves, who last week hinted at impending reshuffle.

“I am the chairman of Cabinet. I know what is taking place in every ministry and I like the different ministers to have different experiences and strengthen their capacity. I know we have done a good job here in these reassignments,” he said.

He added: “Of course, there are some persons who are going to say, ‘why didn’t he reassign Tom to here or Mary to there?’ Of course, unfortunately for those persons, they don’t hold the office of the prime minister and they don’t know how I want to see the government shaped in going forward,” he added.

Two weeks ago, the Searchlight newspaper two weeks ago leaked news of an impending reshuffle, affecting the same ministries that were shifted on Monday. The paper said the reshuffle was to have taken effect on February 1.

“I know that the editor of the Searchlight would be saying I didn’t announce it when I wanted to because I didn’t want her to scoop me,” Gonsalves said on Monday. “I don’t want to go there at all. That is for the journalists to get involved with, not me.”

Fareed Zakaria: Boris Johnson is bad for Britain, Europe and the US

Be the first to comment on "Cabinet shuffle in St. Vincent. New Minister of Tourism named" 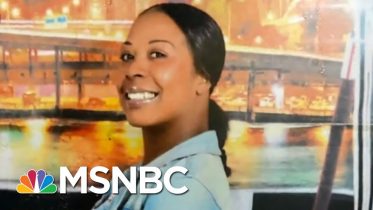 ‘Prison Should Not Be A Death Sentence’: Chris Hayes Remembers Victims Of COVID-19 | All In | MSNBC

Chris Hayes honors some of the many people who have lost their lives due to coronavirus, including a pregnant mother of five, a 67-year-old…

Could Pallister play the peacemaker between Ottawa and Alberta?

Lawrence: All The President’s Men Must Testify In Senate Impeachment Trial | The Last Word | MSNBC