The Caribbean HIV&AIDS Alliance (CHAA) launched a groundbreaking and innovative HIV and
AIDS Responsible Tourism Model at a forum at the Jolly Beach Resort in Antigua on
Wednesday, 31st March 2010. The toolkits resulted from a CHAA project, funded by the United
Kingdom Department for International Development (DFID), and implemented in Barbados by
Associates for International Development Incorporated (AIDInc). The project focused on
accelerating the private sector response to HIV and AIDS in the Caribbean. The pilot project
took place in Barbados and Jamaica and comprised various behaviour change interventions
conducted among key populations such as sex workers, men who have sex with men and
tourism workers. The Tourism Model manifests itself in the form of Toolkits. Each Toolkit comprise of literature
such as informational and educational brochures, posters and fliers as well as CDs, DVDs and a
Compendium of Best Practice Case Studies. Policy makers and programme managers within
the tourism sector will benefit tremendously from the toolkits, particularly, the compendium of
Best Practices since it provides real stories from organisations and individuals affected by the
Responsible Tourism Project.
One of the key outcomes of the project was the partnerships developed between private and
public sector and, among private sector and civil society organisations. This is reflected in the
Toolkits, which include interviews conducted with industry leaders and workers, both formal and
informal, while the case studies highlight efforts to address HIV in the tourism sector. The
Compendium also describes the challenges in delivering services in a sector, which is highly
protective of its image.
Speaking at the launch of the Model, CHAA’s Executive Director Basil Williams said, the Model
provides step-by-step guidance for work in the tourism sector and it will leave a lasting impact
throughout the Caribbean region. The sentiments were very similar from Pan Caribbean
Partnership against HIV/AIDS (PANCAP) Director Carl Browne who was a guest speaker at the
forum. Mr Browne hailed CHAA on the achievement and described the outcome as a landmark
event in the region in response to the challenges presented by HIV and AIDS. Browne further
stated such creative thinking and innovative approaches have gained traction within the tourism
sector.
The Project’s Donor, DFID, was equally satisfied with the project and deliverables. DFID
Representative, Richard Carter said it was pleasing to know that in a region where HIV and
tourism are among the principal development challenges and avenues respectively, the toolkit is
a welcome model for addressing the epidemic in the region.
The organisations who participated in the project were involved in various interventions
including workplace policy and programme development; behaviour change communication;
reduction of stigma and discrimination; advocacy to institutional capacity building; promotion of
voluntary counselling and testing especially among marginalised groups working in the tourism
sector; as well as, building effective multi-sectoral partnerships among private, public and non
governmental organisations.
The primary partners in the project from Barbados were AIDS Foundation of Barbados
Incorporated, Barbados Hotel and Tourism Association, CARE Barbados, Community Health
Action and Transformation (CHAT), National Conservation Commission Lifeguard Service,
Ministry of Health and the United Gays and Lesbians Against AIDS Barbados (UGLAAB).
In Jamaica, partners included Jamaica Hotel and Tourist Association, Tourism Product
Development Company, Jamaica Business Council on HIV/AIDS, Human Employment and
Resource Training/National Training Agency, Sandals Negril/Negril Chamber of Commerce,
Jamaica Employers’ Federation, Jamaica AIDS Support for Life, Sandals Montego Bay,
National AIDS Committee and Jamaica Red Cross.
—————————————————————-Ends ——————————————————–
Editor’s Notes
 The CHAA was launched as a country programme of the International HIV/AIDS Alliance (IHAA)
in 2003.
 CHAA became a regionally registered NGO and transitioned to a Linking Organisation status of
the IHAA family in December 2008.
 CHAA is governed by an independent Board of Trustees drawn from a wide cross section of
experts, decision makers and representatives of regional bodies.
 CHAA has as its mission the facilitation of effective and collective community action to reduce the
impact of HIV and AIDS across the Caribbean.
 CHAA’s work is guided by the United Nations Universal Declaration of Human Rights (July 1994),
in which the rights, values, views and opinions of people are respected regardless of their socioeconomic
and HIV status.
 CHAA has six offices across the region from which its programme of activities are effected
including Antigua and Barbuda, Barbados, Jamaica, St Kitts and Nevis, St Vincent and the
Grenadines and Trinidad & Tobago.
 CHAA’s main donors include USAID; the United Kingdom Department for International
Development (DFID); PANCAP and the William and Flora Hewlett Foundation
 CHAA works specifically to mobilise communities to carry out HIV prevention, AIDS care and
education activities in three key populations they include:
o Men who have sex with men
o Sex workers and
o People living with HIV (PLHIV).
 CHAA’s portfolio consists of five main elements,
o Prevention
o Health services and empowering PLHIV
o Care and support of people living with AIDS
o Peer support
o Acceleration of the private sector response to HIV and AIDS
For more information, please contact
Sharon Ramsaran 14th April 2010
Communications Officer
Caribbean HIV&AIDS Alliance
8 Gallus Street
Woodbrook, Trinidad W.I
Phone 868 623 9714 ext 244
Email sramsaran@alliancecarib.org.tt 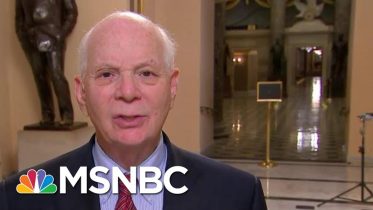