SANTO DOMINGO, Dominican Republic — Following Guatemala’s announcement in early November that it was pulling out of Venezuela’s PetroCaribe alliance, the Hugo Chavez-era oil-for-regional-influence program could be on its last legs, the Christian Science Monitor (CSM) reports.

Although the Venezuelan government has promised to keep PetroCaribe intact, it has nevertheless quietly cut oil shipments, and may push up interest rates and modify repayment terms. Any such changes could have deep and lasting impacts on small countries accustomed to propping up their economies with the shipments, CSM said.

“The Venezuelan PetroCaribe Initiative provided a partial and temporary solution for [regional energy needs] but this solution is unlikely to be sustainable,” Trinidad and Tobago’s acting minister of energy and energy affairs, Bhoendradatt Tewarie, told leaders last week at the Caribbean Community Energy Week in Port of Spain.

Guatemala’s Vice President Roxana Baldetti said her country backed out of the pact because the terms of the deal had changed.

Under most contracts, countries pay 40 percent of a bill in the first 90 days and finance the rest at a 1 percent interest rate over 25 years. (Countries are required to pay more of the bill up front if the price of oil slips to $80 per barrel or below). But Guatemala was offered a repayment interest rate of between 2 percent and 4 percent with more of the bill paid up front, Baldetti said.

Guatemala is not the only country to see unexpected changes to its deal with Venezuela. The Dominican Republic, one of the leading recipients of petroleum shipments under PetroCaribe, is receiving about half of the 50,000 barrels per day it was promised, according to government advisers familiar with the contract.

“It’s not the only country that is not receiving its quota,” an unidentified person who has seen PetroCaribe contracts for various governments told CSM. “What’s frightening for them is that the deals are structured so that the terms of repayment can change with 30 days advance written notice.”

A significant portion of Venezuela’s oil is promised to countries such as India and China, where it’s sending 640,000 barrels per day, half of which is sent to repay $40 billion in loans. Sending oil to those countries is more financially beneficial to Venezuela than shipments closer to home, where countries are repaying their debts in-kind with products like black beans and chicken parts.

According to CSM, China and Venezuela are soon expected to begin negotiating the renewal of a $20 billion credit line that would further oblige the South American country to send its oil to Asia.

Despite economic problems at home, Venezuela has sent 232 million barrels of oil to PetroCaribe nations on preferential terms, providing some 40 percent of the energy needs of its 14 Caribbean partners.

The threat of any change to the PetroCaribe repayment terms is especially frightening for small islands that are heavily reliant on Venezuelan oil. Without PetroCaribe shipments, they will be forced to turn to the open market, where they will pay the going rate without the long-term financing option.

“What’s most intriguing is recognizing that the architect of the deal and the individual who had power to comfort these countries is no longer there,” said Caribbean News Now contributor Anton Edmunds, a consultant who advises corporations and Caribbean governments on energy policy.

“Since the passing of Hugo Chávez, the whole climate and arrangement with Venezuela is no longer certain,” he said.

Excursion Bus with Passengers from MSC Orchestra Crashes in Dominica 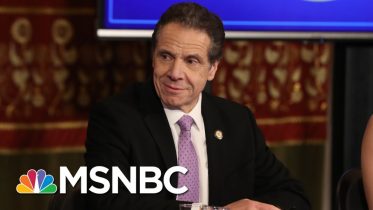