Cooperation between Member States of the Caribbean Community (CARICOM) and Latin America will be advanced when CARICOM Heads of Government participate in two Summit meetings in Mexico from 21- 23 February. Heads of Government of CARICOM will gather in Mexico for the inaugural Mexico-CARICOM Summit on Sunday 21 February and for the Summit of Unity of Latin America and the Caribbean, from 22-23 February.

With Haiti high on the agenda of the first meeting, Chairman of CARICOM, the Hon. Roosevelt Skerrit, Prime Minister of Dominica, and the Hon. Mr. René Préval, President of the Republic of Haiti are slated to address the opening. During the general debate, CARICOM Heads of Government and their Mexican partners are expected to agree on a Declaration on Haiti.

An update on the Community’s intervention in Haiti and preparations for the Caribbean/United States High Level Dialogue to be held next month, are high on the agenda of a meeting of the Council for National Security and Law Enforcement (CONSLE) scheduled for Antigua and Barbuda next week.

The Ninth CONSLE Ministerial Meeting will be held in St. John’s 25-26 February 2010.
Among the other key matters to be addressed are preparations for the International Cricket Council (ICC) World Twenty20 West Indies 2010, and the CARICOM Travel Card (CARIPASS) Treaty. CARIPASS will be a credit card sized swipe card that uses biometric matches of fingerprints and facial recognition technology. It will facilitate automated electronic immigration clearances at designated airports in participating CARICOM Member States.

The workshop will be conducted by the Spanish-firm Tragsatec on behalf of the Government of Spain, in collaboration with the CRFM on behalf of the CARICOM Secretariat. At the conclusion of the workshop, the surveyors will be able to conduct field work on a diagnostic study to determine the poverty levels in fishing communities in selected CARICOM/CRFM Member States.

The Community Council of Ministers which met in Georgetown on Wednesday, 10 February 2010 made preparations for the upcoming Twenty-First Intersessional Meeting of Heads of Government of CARICOM in Roseau, Dominica.

Matters that are to be placed before the Heads of Government at the Intersessional Meeting scheduled for 11-12 March 2010, include the report on the status of implementation of the CSME, and Contingent Rights which were both considered at the just-concluded Twenty-Ninth Meeting of the Council for Trade and Economic Development; the Air Passenger Duty imposed by the United Kingdom (APD) on flights out of the UK; and climate change, particularly in the context of follow-up to the Copenhagen Meeting held in December 2009. 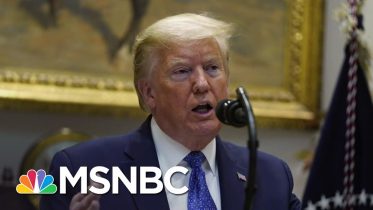 President Trump says he’s taking the anti-malaria drug despite FDA warnings, drawing criticism from many including a Fox News host. Aired on 5/19/2020. »…