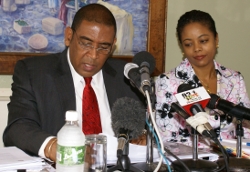 Roseau, Dominica– May 11, 2010……… Chairman of the 13th Meeting of the Council for Foreign and Community Relations (COFCOR), Dominica’s Trade Minister, Hon. Dr. John Colin McIntyre has indicated that the Caribbean Community (CARICOM) is seeking to broaden its relationships with Third Countries and Groups of Countries in response to the new challenges in the international global community.

Dr. McIntyre made the statement at a press conference following the conclusion of the 13th meeting of the COFCOR which was held in Dominica for the first time from May 5-6, 2010.

“We in CARICOM realise we need to position ourselves strategically as to our importance. We are talking about serious bilateral relations and community relations with other regions of the world to embrace us in terms of our trade development programmes and policies and how we can look at mutualism in terms of how we move forward. We are not saying that we are shutting our doors down to the old actors, we are not saying that at all. We are saying that we are broadening our base in terms of the number of actors on the stage right now. This is an evolving world. We speak of the old empires of before and things have changed. Well we are into the era right now that things continue to change and CARICOM is looking at positioning itself in such a manner whereby it can become a region of force and a region that is well respected based on integrity and different matters of cooperation.”

Dr. McIntyre also stated that during the meeting there were lengthy discussions on the effectiveness and better functioning of the COFCOR. He expressed satisfaction on behalf of the COFCOR with the outcome of those discussions.

Representative of the outgoing Chairman of the COFCOR, Jamaica’s Minister of State, Hon. Mrs Malahoo Forte provided some of the highlights of Jamaica’s chairmanship of the COFCOR.

The growing importance of CARICOM in world affairs was evident by the number of countries that sent representatives to engage participants at the 13th COFCOR meeting in Roseau. These countries included Australia, Luxembourg, Portugal and Kosovo.

The Minister for Foreign Affairs of Australia, Hon. Stephen Smith addressed the COFCOR, a sign of Australia’s growing interest in the Caribbean.

The Council of Foreign and Community Relations consists of Ministers responsible for Foreign Affairs of Member States. 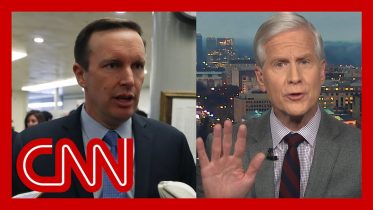 Will Summer Bring A Reprieve From Coronavirus? | Morning Joe | MSNBC