China will fund the construction of a new hospital in Dominica, health minister Julius Timothy has said.

He said that a preliminary design team has arrived in Dominica and that construction could begin by mid 2013.

We showed them our own designs. We showed them the lay of the land. They had meetings with all the hospital staff and they looked at everything, Timothy said.

He said that the Chinese team will return to Beijing where the government will put the project out to tender. He gave no indication as to the cost of constructing the hospital.

Timothy said that within six to nine months we would expect construction to begin.

Dominica established diplomatic relations with China in 2004 after previously enjoying relations with Taiwan that Beijing considers a renegade province.

When the Roosevelt Skerrit administration switched allegiance, China signed a US$12 million aid package that included US$6 million in budget support for that year and US$1 million annually for six years.

Ministry of Health on Dominica receives $25,000 in Medication and Equipment from VOSH 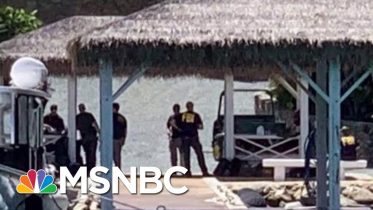 Moving Past The Whistleblower, To The Possible Criminality | Deadline | MSNBC

“It isn’t going to be easy”: Minister Marc Miller on finding a solution to the blockades