Chris: Election Is Battle Of Pro-Democracy Majority And Anti-Democracy Minority | All In | MSNBC

Chris Hayes says the President, his campaign, and Republicans know that “their last hope is to essentially subvert democracy itself, because a free and fair election in which everyone participates would result in a whooping.” Aired on 10/29/2020.
» Subscribe to MSNBC:

Chris: Election Is Battle Of Pro-Democracy Majority And Anti-Democracy Minority | All In | MSNBC

Cohen: Release Of Trump’s Tax Returns Is ‘The Beginning Of The End For Trump’ | The ReidOut | MSNBC

What Did Nancy Pelosi Achieve By Withholding Articles Of Impeachment? | MTP Daily | MSNBC

64 Comments on "Chris: Election Is Battle Of Pro-Democracy Majority And Anti-Democracy Minority | All In | MSNBC" 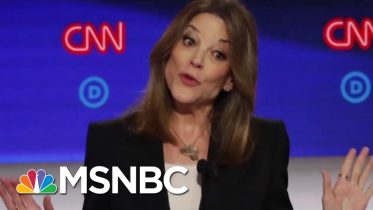 Debate Night 1’s Winner (According To The Internet) | Deadline | MSNBC

Drone video shows the wide scope of disaster in Beirut after a blast levelled the city’s port area.

Donald Trump Protests for 3rd Night Across America After Election! 11/12/16

What to expect when returning for doctor visits | USA TODAY