Chris Hayes on the GOP: “Donald Trump's Party wants to ram through this Justice and cement their majority for a generation no matter who gets sick, whether in their own circle or in America at large. They'll do whatever it takes.” Aired on 10/12/2020
» Subscribe to MSNBC:

Chris: GOP Doesn’t Seem To Care Who Gets Covid—So Long As Barrett Gets On The Supreme Court | MSNBC

Trump vs Biden: Who won the final presidential debate?

Daughters of slain police officer featured at RNC speak out

69 Comments on "Chris: GOP Doesn’t Seem To Care Who Gets Covid—So Long As Barrett Gets On The Supreme Court | MSNBC" 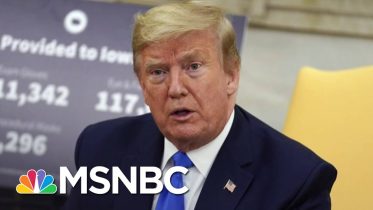 As states reopen, Trump is taking to calling people warriors seeming to suggest the death toll across the nation is necessary collateral damage to…