Chris Hayes: Tucker Carlson’s Not Stupid, He Just Thinks His Audience Is | All In | MSNBC

"They disingenuously stoke skepticism and fear in the most cowardly way possible—by posing as brave truth tellers in the guise of just flinging nonsense at people and leading to more people getting sick," says Chris Hayes discussing Fox News' vaccine disinformation. Aired on 03/16/2021.
» Subscribe to MSNBC:

Chris Hayes: Tucker Carlson’s Not Stupid, He Just Thinks His Audience Is | All In | MSNBC

Olivia Troye Says There Should Be A Full Investigation Into Trump Admin. Covid Response | Deadline

Velshi: The Shark and the Pilot Fish | MSNBC

97 Comments on "Chris Hayes: Tucker Carlson’s Not Stupid, He Just Thinks His Audience Is | All In | MSNBC" 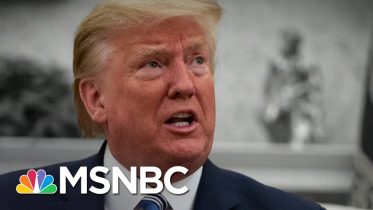 De Blasio: Demand In NYC For Vaccinations Is There | Morning Joe | MSNBC