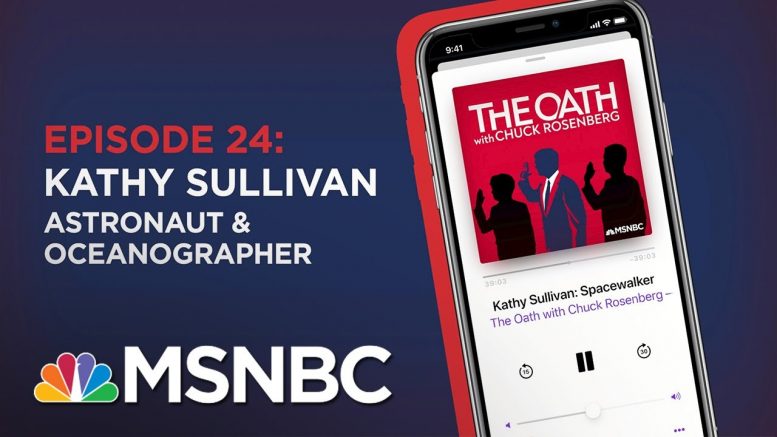 Kathy Sullivan is an explorer and a pioneer, an oceanographer and a scientist, an astronaut and an American hero. Selected as one of the first female astronauts in NASA history, Kathy flew three missions on the space shuttle and became – in 1984 – the first American woman to walk in space. Kathy also flew on the space shuttle mission in 1990 that deployed the Hubble Space Telescope – one of the most advanced and important scientific achievements in the history of NASA. After leaving NASA, Kathy ran the National Oceanic and Atmospheric Administration – a crucial part of the Department of Commerce – that houses, among other agencies, the National Weather Service.

In June 2020, after this episode was recorded, Kathy became the first woman to descend to the deepest spot in the ocean – a nearly seven-mile journey to the Challenger Deep in the Mariana Trench, in the western Pacific Ocean. That makes Kathy the only person to walk in space and to dive to the ocean’s deepest known point.

Kathy is the author of a book that describes her extraordinary NASA career – Handprints on Hubble – An Astronaut’s Story of Invention.