Mike Leiter grew up in Englewood, New Jersey, where his extraordinary public service career began early – in high school – when he worked as an Emergency Medical Technician. After graduating from Columbia University, Mike served as a Naval Flight Officer before attending Harvard Law School, where he was one of only four military veterans in his class of more than 500 students. At Harvard, Mike was elected President of the prestigious Harvard Law Review – a job once held by Barack Obama.

After clerking on the United States Court of Appeals for the First Circuit for Judge Michael Boudin and then on the United States Supreme Court for Justice Stephen Breyer, Mike worked as a federal prosecutor. He left that job to become a key staffer on the Weapons of Mass Destruction (WMD) Commission – which examined substantial US Intelligence Community failures in the lead up to the 2003 invasion of Iraq.

Ultimately, Mike directed the National Counterterrorism Center (NCTC) under Presidents Bush and Obama – the organization responsible for analyzing terrorism threats against the United States and its interests, at home and abroad.

Mike shares with host Chuck Rosenberg fascinating insights on the US intelligence community, as someone who studied it on the WMD commission and as someone who ran a vital part of it at NCTC. You can find a link to the final report of the WMD Commission here:

Whatever Happened To Infrastructure Week? | The Last Word | MSNBC

Michigan AG: ‘Have To Do Better To Protect The Seat Of Government’ In The State | MTP Daily | MSNBC

Bishop Michael Curry: “We The People Can Perfect This Union.” | Craig Melvin | MSNBC 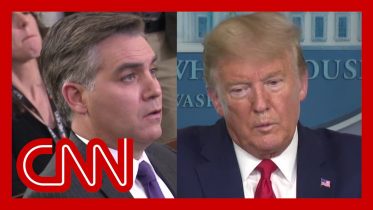 Acosta to Trump: This may be an uncomfortable question …

CNN's Jim Acosta asks President Trump about the projected 100,000 to 200,000 American deaths due to the coronavirus and whether there would be less…