Roseau, Dominica – December 12, 2008………..A training of trainers’  workshop for secondary school teachers on the teaching of civics at secondary schools in Dominica gets underway on Monday, December 15, 2008 at the State House in Roseau, beginning with an opening ceremony at 8.30am.

The subject of Civics at the secondary level will involve an examination of the rights and responsibilities of citizens; the role of political leaders and leadership and the development of an understanding of governance and the institutions of government.

The workshop is intended to introduce teachers to the principles of Civics and to improve their capacity to deliver the Civics component of the  Social Studies curriculum.

·        Enhance the knowledge of teachers in the principles of Law which govern the relations between citizens and the State;

·        Train Teachers in the principles  and purposes of responsible citizenship;

·        Enrich and Strengthen the civics component of the Social Studies curriculum

The two-day workshop is part of a one-month consultancy that is expected to lead to the reintroduction of the teaching of Civics at Dominica’s secondary schools.  The consultancy, funded by the Caribbean Development Bank, is designed to achieve the following deliverables:

·        A compilation of bibliography of available relevant resource/reference materials for teachers;

·        A two-day workshop for training of trainers in Civics education

Topics expected to be taught as part of the Civics strand of the new Social Studies curriculum include but not restricted to: The Constitution; Fundamental Rights and their enforcement; The roles of citizens and responsibilities of citizenship; The three arms of Government and their respective functions; Office of the President; The Parliamentary System with a focus on the enactment of Laws; The Electoral System; The role of Trade Unions in governance; The CSME and its implications for citizens of Dominica and the Region; The OECS Court of Appeal; The Caribbean Court of Appeal and Environmental Protection.

Dominica’s President, His Excellency, Dr. Nicholas Liverpool DAH, OCC has long advocated the reintroduction of Civics in the school curriculum. In an Address at the State Opening of Parliament, the President underlined the importance of the teaching of civics in our schools.

The Civics Workshop for Teachers is a collaborative effort between the Government of Dominica and the Caribbean Development Bank. 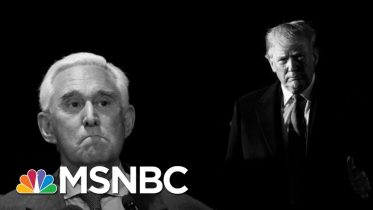 After impeachment, will an embolded Trump pardon his convicted associate Roger Stone? We talk to Susan Page and Josh Gerstein. Aired on 02/14/20. »…

Biden: Buttigieg is not Barack Obama

Ohio senator calls on Mitch McConnell to bring the Senate back