For months, hackers with apparent ties to Russian intelligence targeted multiple major U.S. agencies, including the Treasury, Homeland Security, and the Pentagon. Clint Watts, former FBI special agent, joins Andrea Mitchell to discuss Russian cyber attack allegations and review a damage assessment timeline. According to Watts, the U.S. has "spent billions over the last few years trying to be able to detect just a hack exactly like this or throughout any of these networks. And it failed. And in fact, we’ve probably helped elevate Russia’s game. They’ve gotten more sophisticated. This attack is much more complex…this requires a response.” Aired on 12/17/2020.
» Subscribe to MSNBC:

Charges announced against all ex-officers in Floyd case

Former Trump Org Exec: ‘It was Clear To Me’ Trump Was ‘Anti-Semitic’ | MSNBC

53 Comments on "Clint Watts On Russia Hack: It Is Long Past Time For The U.S To Stand Up And Fight | Andrea Mitchell" 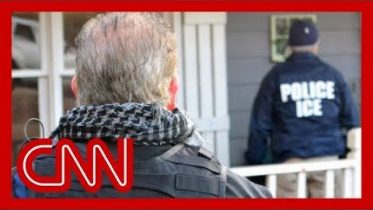 US Immigration and Customs Enforcement plans to begin raids in 10 cities in an effort to arrest and deport undocumented immigrants living in the US,…