In the presence of the Honorable Dr. Roosevelt Skerrit, Prime Minister of the Commonwealth of Dominica and the Ambassador of Venezuela in Dominica, His Excellency Mr. José Durabio Moros, was an act of remembrance held to Commander Hugo Rafael Chávez Frias. The ceremony held at the headquarters of the Venezuelan Embassy ​​on Friday evening, March 5, 2020, was an occasion to commemorate the 7th anniversary of his physical disappearance.

Also, attending the ceremony was the Honorable Dr. Kenneth Darroux, Minister of Foreign Affairs, International Business, and Relations with the Diaspora. His Excellency Ambrose George, Ambassador of Dominica in Venezuela, the Ambassador and the Consul of Cuba in Dominica, Ulises Arranz Fernández, and Miriam Martín Posada, respectively; and a broad representation of the brigade of health collaborators led by Dr. Isolina López. A description of Venezuelans and Dominicans all attended Friday’s ceremony.

The Venezuelan Ambassador began the action by commenting on a video shown to those present that includes a summary of the life of Commander Chavez and recounted the historical legacy he left to current and future generations. He also referred to the human values ​​of the Venezuelan leader and his link with the people.

The Ambassador of Cuba recalled the first visit made by Chavez to Cuba, got invited by Commander in Chief Fidel Castro Ruz when Chavez was the leader of the Bolivarian Revolutionary Movement. In his speech at Havana’s University, Chavez predicted several events that later became in ALBA, PETRO CARIBE, and CELAC, demonstrating the consequence of his thinking. He also referred to the close relationship between Fidel and Chavez.

Finally, the Prime Minister of Dominica made a recount of several meetings he had with Chavez, of the values ​​of the Venezuelan commander and his legacy, of which he said he should move to the new generations through the teaching system. He referred to the importance of defending the country, sovereignty, and having inviolable principles, as well as the relations between Dominica and Venezuela over the past few years.

The leader of Commonwealth Of Dominica also referred to Cuba and again condemned the blockade of the US government for the suffering caused to the Cuban people. He also praised the work carried out by health professionals in Cuba and described as absurd the campaigns that try to distort their social work, which is well known by the population.

Rep. Omar calls death of John Lewis a ‘loss for the nation’

ONE MILLION FOR MUSIC INDUSTRY 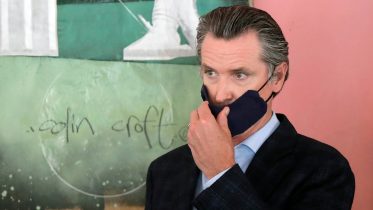 U.S. has lost all progress made in COVID-19 fight with blotched reopenings: epidemiologist

Harvard epidemiologist Eric Ding says a refusal to wear masks and rushed reopenings have erased all the progress that the U.S. has made in…

Rpt: Rudy Giuliani Said To Be Under Investigation For Ukraine Work | The Last Word | MSNBC

Eugene Robinson On Epstein: ‘Tragic Example Of The Kind Of Rot’ In Government | Morning Joe | MSNBC