Cooper On Trump Call: It's Like Speaking To A Child

CNN's Anderson Cooper examines the call between President Donald Trump and Georgia Secretary of State Brad Raffensperger in which the President urged Raffensperger to "find" votes to overturn the election results. #CNN #News

Dapper Dan On Gucci, ‘The Breakfast Club ‘Sharks’ And Disney | The Beat With Ari Melber | MSNBC

79 Comments on "Cooper on Trump call: It’s like speaking to a child" 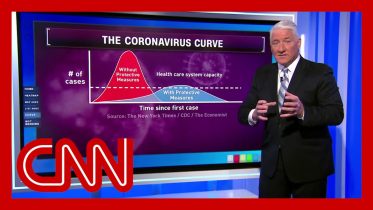 Are US efforts to flatten the curve working? CNN’s John King examines

CNN's John King examines whether the US efforts to flatten the curve of novel coronavirus cases are working. #CNN #News