Prior to the first Presidential debate, a baseless conspiracy theory inundated many Americans. The Trump campaign, Fox News, and a slew of Trump-supporting Facebook pages all fueled speculation that Democratic presidential candidate Joe Biden might wear a secret earpiece to assist him in his debate against President Trump.
"I thought Biden had somebody in his ear," said one Trump supporter the morning after the first presidential debate. Her belief was shored up, she said, by video she had viewed of Biden supposedly adjusting a wire during the debate.
In fact, the video does not show Biden wearing a wire; it shows a crease briefly forming on Biden's shirt after he reached into his coat to itch his shoulder. But when false evidence emerged to support the baseless earpiece claim, it took off like wildfire.
CNN's Donie O'Sullivan traveled to a Trump rally in Duluth, Minnesota, and asked some of the president's supporters what they thought about the debunked video.

Juneteenth is underway…..but here’s what you probably didn’t know 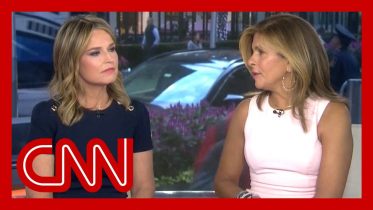 Will Pennsylvania Break For Trump Again In 2020? | Morning Joe | MSNBC

Jewish holidays to be scaled down amid pandemic