Tortola, British Virgin Islands, 24th April 2012 – This years’ BVI Music Festival includes something for every music lover: Jamaica’s legendary reggae band Third World, Grammy award winning British songstress Estelle, Rhythm and Blues group Forever Motown, and Soca Monarch of St. Vincent and the Grenadines Delroy ‘Fireman’ Hooper are all set to take centre stage on the weekend of the 25-27th May for a full-fledged beach jam on Tortola’s Cane Garden Bay. The BVIs wide selection of artists will also heat the stage to display the diverse talent and sound deriving from this Caribbean nation. Acts such as Ritical, Quito and The Edge, A Type of Toad, Mullah Gwop, Ouida, B’More and Lincoln Ward are all generating buzz for this entertaining event.

“We’re aiming for Music Fest 2012 to be the rebirth of music festival. In years past we tried different options to suit a variety of tastes. This year we’ve listened to the folks, we’re back on the beach, and we’re looking forward to great performances by our local up and coming artists who will showcase Virgin Islands talent, and our international artists who will bring multiple dimensions to this dynamic fete,” Music Fest Event Coordinator, Rhodni Skelton.

BVI Music Fest coincides with the United States three-day Memorial Day holiday weekend on the sands of one of the most spectacular beaches in the British Virgin Islands. In addition to the musical performances, organisers have included a dance performance, fashion show and beach activities for festivalgoers to attend.

This year marks the 12th anniversary of BVI Music Fest and it continues to be recognised as the largest beach concert in the Virgin Islands drawing attendees from the United States, Puerto Rico, Canada, Great Britain and the Caribbean. 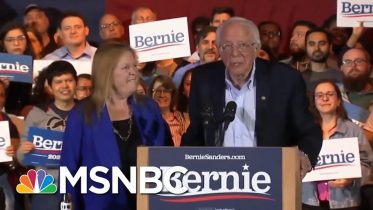 The spotlight on Senator Bernie Sanders now intensifying as the 2020 election is poised to hit hyper-speed » Subscribe to MSNBC: MSNBC delivers breaking…

AP: WH Aware Of Russian Bounties On U.S. Soldiers Back In Early 2019 | The Last Word | MSNBC