Death Penalty: Which States Use It, Which Don't And How It's Changed Over Time | Just The FAQs

The death penalty has been used in the U.S. since 1608. But various Supreme Court rulings have limited its use. Here's why it's controversial.

WASHINGTON – The Supreme Court agreed Monday to hear a government appeal to reinstate the death penalty for Boston Marathon bomber Dzhokhar Tsarnaev, granting review of a lower court's decision that errors during the trial tainted his sentencing.

If the justices overturn the appeals court, Tsarnaev's death sentence could be reinstated. If they do not, he would nevertheless serve multiple life sentences in prison.

Tsarnaev, 27, was convicted of dozens of crimes in the terror attack that killed three people in 2013, and he received a death sentence in 2015. The U.S. Court of Appeals for the 1st Circuit threw out the death sentence last year, finding that the judge in the trial failed to ensure a fair jury after wall-to-wall news coverage of the attack.

Robert Gibbs: People Are Concerned About Issues ‘In A Bipartisan Way’ | Deadline | MSNBC

‘The Bullying Is Nothing New,’ De Blasio Says Of Cuomo | Morning Joe | MSNBC

4 Comments on "Death penalty: Which states use it, which don’t and how it’s changed over time | Just the FAQs" 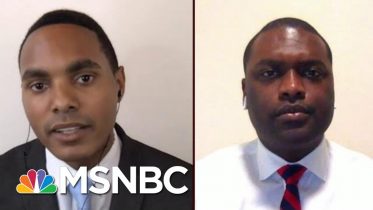 NYC Councilmember for the 15th district, Ritchie Torres, and Mondaire Jones are both running for Congress in New York and if elected would be…

Royal biographer: Prince Harry in a ‘really poor state’ ahead of summit